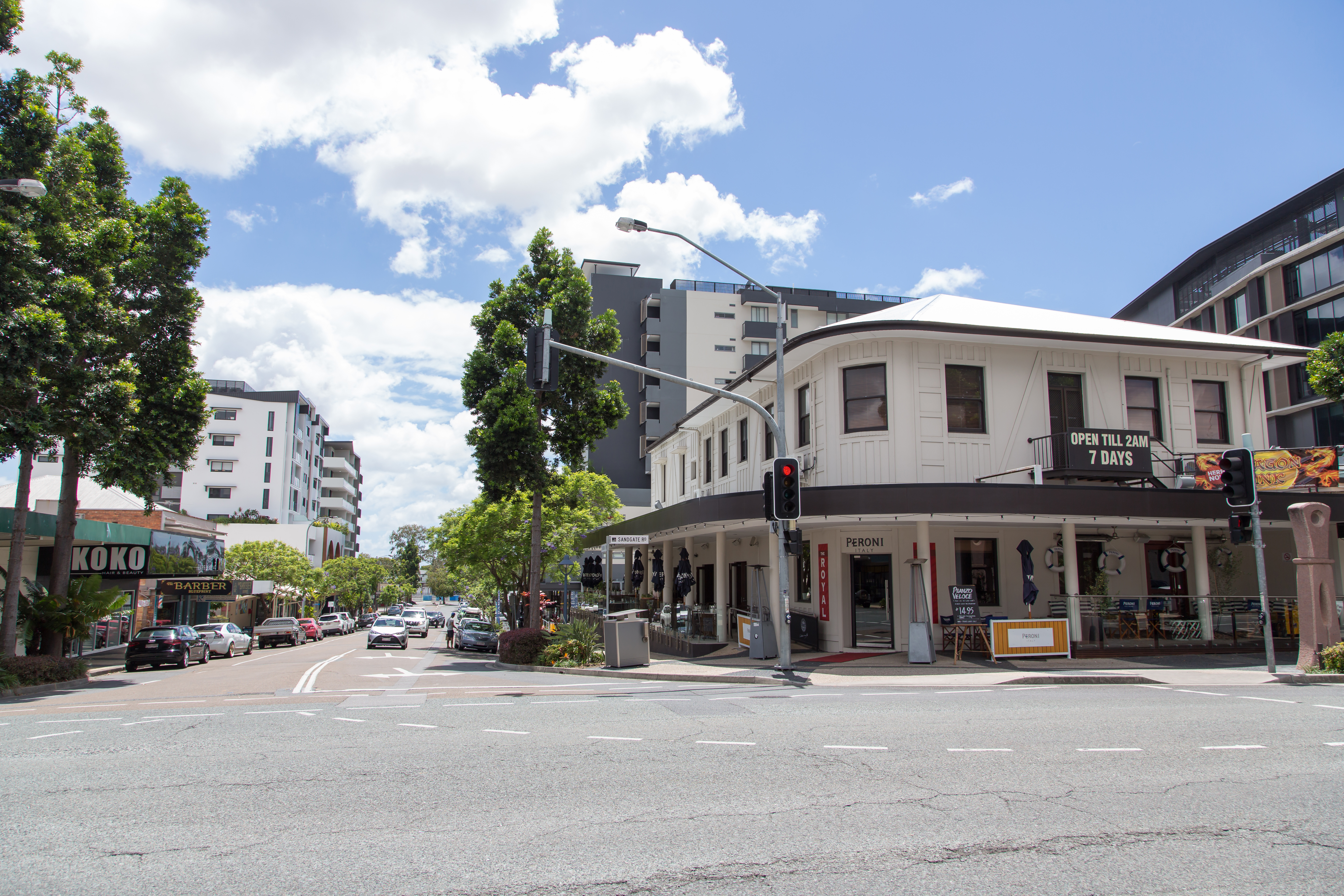 Constructed around 1888 and designed by GWC Wilson, the Royal Hotel has been a longstanding part of the social life of Nundah. It was built at a time when Nundah was developing from a mission outpost to a township and, though altered since then, the Royal Hotel remains a significant remnant of the early development of Nundah.

The Royal Hotel, although altered over a period of time, contains the original core of the hotel that was constructed on this site circa 1888. The hotel is erected upon land that was originally part of an allotment, just over 38 acres and 3 roods in size, owned by George Bridges. Bridges sold the land in 1873 and it subsequently passed through a number of hands until the then owner John Bale subdivided the property for sale in 1882.

From this subdivision, via the initial allotment purchasers, John North purchased six allotments in 1885. In August 1887 North secured a mortgage for the large sum of £2,500 (and further advances). It was at this time that the hotel was erected. North is shown as being the first licensee of the Royal Hotel.

In November 1888 North leased the hotel to James Perkins who remained the lessee until 1894. In 1894 North transferred the property to Thomas Proe. Proe in the following year transferred the property to Perkins and Co. where it remained under their ownership until it was transferred into the ownership of Castlemaine Perkins in August 1929. It remained under their ownership until the mid 1980s. Over the years the hotel has been leased to a number of licensees.

The hotel was designed by architect George William Campbell Wilson. Wilson's career in Queensland was a chequered one. He had a minor involvement in the debacle of Brisbane’s first town hall (along with the principal architect William Coote) and was later declared insolvent following a court case between himself and the Kianawah Divisional Board. He nevertheless designed a number of notable hotels, including the Brunswick Hotel, New Farm, the Crown Hotel, Lutwyche, and the Waterloo Bay Hotel, Wynnum.

The Royal Hotel was constructed during the height of the building boom of the 1880s and at a time when the Nundah commercial centre was emerging following the arrival of the railway in the early 1880s. This was not the first hotel in Nundah as the Prince of Wales Hotel and the Kedron Brook, later renamed the Nundah Arms, had both been operating since the mid 1860s. Its construction indicates that there was an anticipation that Nundah and its surrounding districts could support three hotels.

From the latter part of the nineteenth century and through to the mid-late twentieth centuries hotels were important centres of community interaction and entertainment. The development of hotels in Nundah indicates the changing demography of the district which steadily moved from missionary outpost to township.

Over the last fifty years the hotel has undergone a number of alterations including a major renovation completed in 1984. These additions and alterations may be considered part of the developmental fabric of the hotel.

This is an example of a converted late nineteenth century hotel built on the corner alignment of Sandgate Road and Station Street in Nundah. The structural expression of the original two storey hotel building was characteristic of hotel buildings constructed as part of the building boom of the 1880s.

The original hotel was an example of Victorian Classic Revival. The verandah, at the second level, was balustraded in cast iron and shaded with a separate concave awning of corrugated iron. Similarly, a separate awning shaded the perimeter around the entry level, supported by square posts and decorated with verandah brackets. Three separate pediments with the hotel name painted on the front surmounted the awning at street level, marking each entrance to the building.

The verandah and awnings to this building have been removed.  Presently, the front face of the main building is of two-storey rendered masonry construction with painted battening to give it the impression of a Tudor style. It has a symmetrical street frontage above the awning line.  Steel-framed windows have replaced the original windows and a suspended awning shades the perimeter extent at entry level.

as it is a hotel constructed circa 1888 in response to the growing community in Nundah and is illustrative of Nundah's change from missionary outpost to township.

as it is a hotel that has operated continuously in the same locality since 1888 and which has been a socially significant part of the Nundah Community.

as it is an existing example of a hotel designed by architect G.W.C. Wilson. 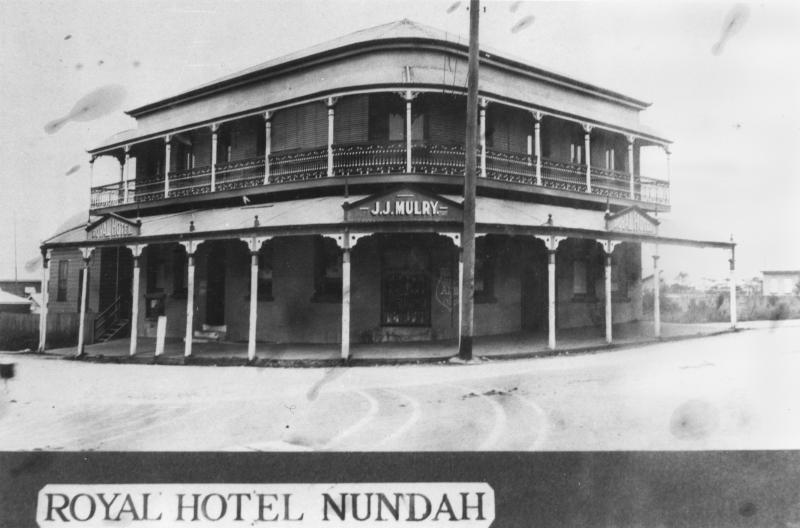