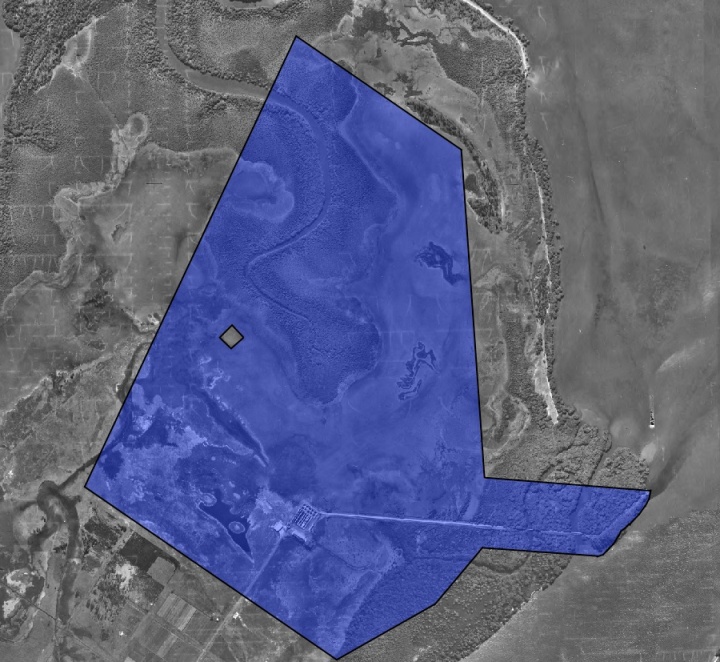 Prior to the formation of Greater Brisbane in 1925, the city was divided into 20 local authorities. Large infrastructure that crossed municipal boundaries was generally managed by joint authorities. Some were created by co-operating adjacent Councils, for example, those formed to build bridges or maintain shared roads. Others were ad hoc boards set up by the State government, such as the Brisbane Board of Waterworks, set up to build the Enoggera Dam. The Metropolitan Water Supply & Sewerage Act 1909 replaced the waterworks board with the a board that was jointly responsible for water supply and sewerage.

Work began on Brisbane’s first sewer in 1916. It ran from Toowong to North Quay and then through the Valley and Pinkenba to an outfall at Luggage Point. Despite huge borrowings of funds, the Board was regarded as ineffectual. It was not until 1923 that the first reticulated sewerage service was in operation.1

By 1925 the City centre, East Brisbane, Spring Hill and some adjoining areas were connected to the sewerage system. The new greater Brisbane Council inherited from the Board a sludge process plant at Luggage Point that contained, among other structures, what is now Store No. 1. By the mid-1930s the sewerage system had been extended to New Farm, South Brisbane, Highgate Hill, Milton, Woolloongabba, Bowen Hills and Hamilton.

Areas not connected to the sewerage system were serviced by night carts which collected the soil from earth closets and deposited it at sanitary depots located throughout the City, including Luggage Point. Night soil was trucked in and emptied into large barges which sailed out into the Bay three times a week and deposited their untreated cargo. In 1934 there was a serious health scare when an outbreak of typhoid was linked to oysters harvested near the main sewerage outlet at Luggage Point.

The financial effects of the Depression and the Second World War slowed extensions to the sewerage system and the collapse of the main sewer at Pinkenba in 1940 was a major setback. After the War, Brisbane was often described as a “sentry box town” and the little red wagons or night carts were a familiar sight. In the 1950s, night carts still serviced 80% of the Brisbane area.

Work began in 1973 on the large sewerage and waste water treatment plants at Luggage Point. Prior to this, effluent, diluted but virtually untreated, had been discharged into Moreton Bay. At this time fewer than 5000 houses in the Greater Brisbane area required night soil services.1

The former powerhouse was one of the first substantial buildings erected at Luggage Point. It appears to have been designed at the same time (c. 1920) as an adjacent pumping station. The latter was a distinctive brick structure, circular in plan. It has since been demolished.

Drawings prepared by the Metropolitan Water Supply and Sewerage Board in 1920 show that the powerhouse and pumping station were planned as part of a scheme to pump sewage from the mouth of Breakfast Creek to treatment works at Luggage Point. This also involved the construction of a power transmission line along the same route and an intermediate transformer and pumping station at Pinkenba. The powerhouse was eventually completed c. 1925. The building is now used as a workshop and store.

The original function and construction date of the Store No. 2 building is unconfirmed. Two site plans, dated 1939 & 1940, show the 1925 powerhouse (Store No. 1) & pumping station, a large area of aeration tanks to the north of these, and the “emergency powerhouse” (Store No. 2) immediately to the east of the powerhouse. The building is now used as a store.

Luggage Point is Brisbane’s largest waste water treatment facility and the largest nutrient removal water treatment plant in Australia. It is located at the mouth of the Brisbane River, north of the small settlement of Myrtletown. This report is limited to the assessment of two of the earliest structures within the Luggage Point complex – Stores buildings 1 & 2.

The stores buildings are two adjoining brick buildings, the older of which dates back to the plant’s earliest days. They are located at the northern limits of the developed area of the treatment plant site.

This red brick structure is rectangular in plan and features a metal roof, concealed along the eaves or long side of the building by a parapet. The brickwork is generally English bond and arranged, on each side of the building, into regular recessed panels formed by engaged piers. The top and bottom of each panel features two courses of chamfered brickwork. Each panel features an opening (of various types) surmounted by a rendered lintel, flush with the surrounding brickwork. Doorway openings are distinguished by bullnosing to the jamb brickwork.

The entire building is encircled above the lintel level by a contrasting cornice. The bay at each end of the building’s long sides extends above the parapet and forms a pediment above the cornice. A panel of recessed brickwork forms a tympanum into which the letters “M.W.S.S.B” (Metropolitan Water Supply & Sewerage Board) and below them, the year “1925” are inserted. The gable or end walls also feature regular bays formed by engaged piers. The centre of the gable features a decorative contrasting bullseye.

There is evidence of many changes to the building’s external openings. Some original timber framed windows remain but many have been replaced with aluminium framed, six panel awning windows in obscure meshed glass. Doorways are typically double-leaf, ledged and braced panels of timber boarding, with fanlights of various configurations over. One of the openings on the southern side of the building features a galvanised steel roller shutter. A doorway on the western side of the building has been protected by the addition of small flat-roofed awning.

Some of the openings appear to have been modified to house panels for incoming/outgoing services. These coffered concrete panels can be found on the north and south sides of the building. These panels are not shown on early drawings of the proposed powerhouse, but similar groupings of conduits are noted on later drawings as “cable bushings”. The interior consists of a single substantial volume, with offices and storage built across the western end of the building, forming a mezzanine over. The floor consists of patchy exposed concrete. The slender steel roof trusses are exposed as is the underside of the steel tray roof sheeting.

The trusses rest on the top of the brickwork to the long sides of the building. The inside face of the brickwork reflects the panelled treatment of the external walls, with plinths and engaged piers surrounding recessed bays. The piers are concealed to window head height behind substantial concrete columns. These support the steel I-beams for the travelling gantry crane. It is not known whether this is the building’s original crane.

This cream brick building is situated to the east of Store No 1. The store contains 3 distinct adjoining volumes – two double story height spaces to the east, each surmounted by a gable roof, running north-south; and a single story hipped roof section closest to the 1925 powerhouse. The area between the two store buildings has been in-filled with a single storey steel-clad storage shed.

Externally, the gabled walls are arranged into bays formed by stepped buttresses. These are terminated just above the upper stringcourse. The gables are punctuated by central openings – a semicircular thermal window formed by contrasting red arch bricks to the larger gables; and a vertical slot to the smaller.

The internal face of the external walls has been painted, as have the brick dividing walls between each of the main volumes. The central or largest space accommodates a gantry crane, travelling north-south on steel I-beams. These rest on engaged piers – corbelled brickwork piers along the eastern side and concrete piers to the west. The crane bears the inscription “Babcock & Wilcox Ltd Makers London & Renfrew”. The smaller space to the east contains a steel framed mezzanine and some proprietary shelving. In both spaces the floor is bare concrete and the steel roof trusses and roof sheeting are exposed. The single-storey hipped roof section of the building was not inspected on the inside.

Over the years there appear to have been many changes to the external fabric of the building – windows have been replaced or blocked in, however the large openings in the brickwork to lower eastern wall appear to be original, as they can be seen in an old photo of the nightsoil depot, which operated to the north of the buildings. These openings are now in-filled with metal cladding.

for their association since the early 20th Century with the development of water and sewage treatment in Brisbane.

as they are located in the oldest part of the Luggage Point complex, adjacent to the remnants of other significant early structures.

as a pair of finely crafted brick industrial buildings.