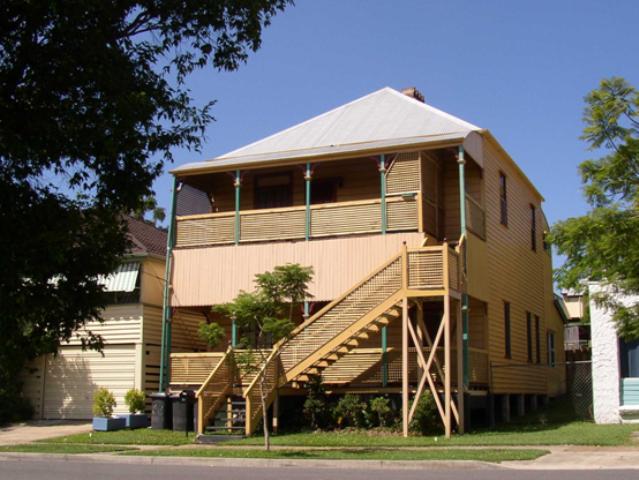 This two-storey house was likely constructed around 1885 by carpenter Henry W. Lovelock and his wife. Sandgate experienced significant growth in the mid 1880s and evidence suggests that 58 Sunday Street was intended to accommodate holiday-makers from Brisbane. The house remains as an interesting and rare example of a timber, two-storey, Victorian era house.

Although the district was first surveyed in 1853, it was not proclaimed a town until 29 April 1880, having formerly been part of the shire of Nundah. Sandgate was described in the 1893 Post Office Directory as:

a municipal seaside town and watering place on the shores of Moreton Bay, 12 miles N. of Brisbane, which is connected by railway. It has a pier and bathing facilities. Population 1,756 (census 1891), but fluctuates – there being a visiting population of about 500 additional.

In 1882 Sandgate was connected to Brisbane by rail. While Sandgate had always been popular with Brisbane residents as a recreational location, the ease of access afforded by the rail line prompted further development and population growth in Sandgate and surrounding seaside areas.

This house was likely constructed circa 1885 for carpenter Henry W. Lovelock and his wife. It is possible that Lovelock constructed the house himself, but it is not presently known if the building was constructed from the outset as a double storeyed residence or as flats. As postal records do not list Lovelock residing in the house, it is possible it was constructed as a holiday rental premises to take advantage of the increased tourist trade to Sandgate after the completion of the rail line in 1882.

In 1914 David Christison, a tailor in Ann Street, purchased the property retaining it until 1943. For a short period from 1917 the dwelling appears to have been rented to a relative, John W. Christison. There were only seven houses listed on this side of Sunday Street at this time, with three houses between Cotton Street and Allpass Parade.

The name 'Kelso Flats' first appears in post office directories in 1936 as a Boarding House managed by Mrs E. Wilson, and it continued to be managed by her until at least 1939.

as it is a two-storey timber house constructed at a time when Shorncliffe was experiencing significant growth in population along with a burgeoning of its customary role as a place of recreation for Brisbane residents.

as it is an unusual, two-storey, nineteenth century, timber house executed in the Victorian vernacular style.