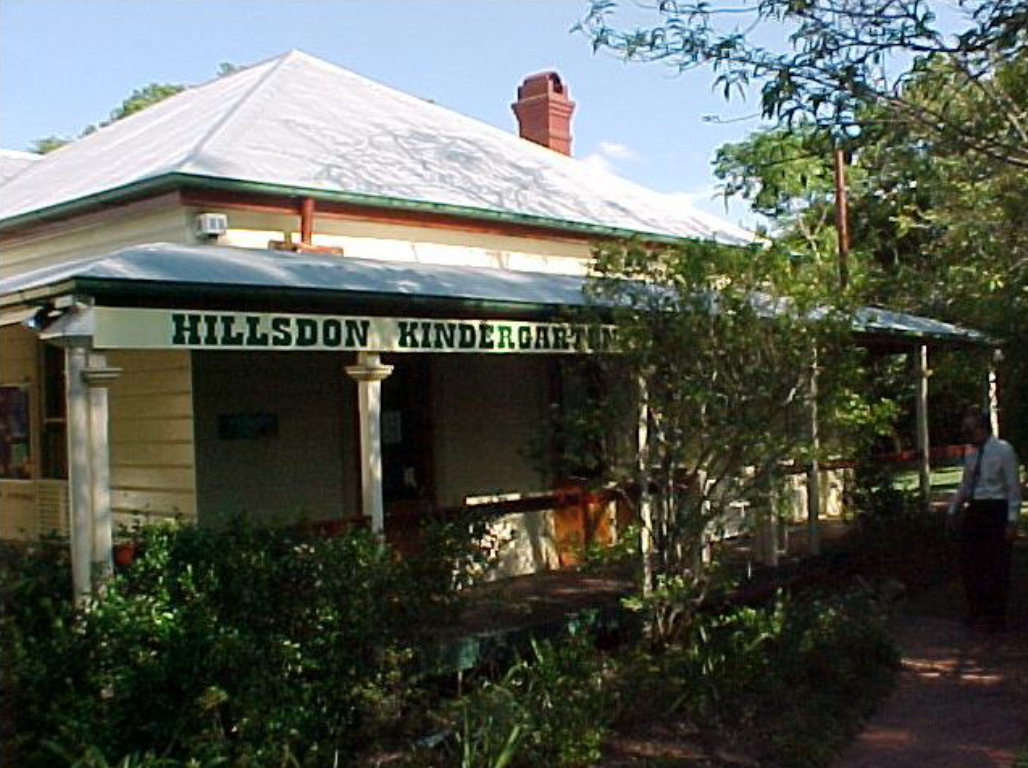 This former residence was constructed in the early 1890s as a rental investment property for John Edward Jones and his wife Elizabeth. It was purchased by tenant John Simmons in 1899 and retained in the Simmons family until 1960. The house was then purchased by the Toowong Kindergarten Association and converted for use as the Hillsdon Road Kindergarten which has continued to operate from the building into the twenty-first century.

Evidence indicates that this house was constructed for John Edward Jones a teacher of Leichhardt St. School. Jones purchased the property in May 1889. He subdivided part of the land in 1893 to his wife, Elizabeth Jones.

By 1896 the house, still owned by Jones, was occupied by Brisbane stone mason John Howard Simmonds. Simmonds appears to have operated a reasonably sized business as
he claimed to have, regarding Headstones and Monuments, The Largest Stock in the Colony to select from.

The previous name given to the residence was Pen-y-Bryn.

It seems possible that Simmonds rented the house for several years off Jones until buying it in 1899. Simmonds, and later his wife Rose, lived there until her death in 1960. The
house was then sold by the family to the Toowong Kindergarten Association and converted into the Hillsdon Road Kindergarten. A number of Kindergartens were established during the 1950s - 1960s which were intended to meet the social obligations of local communities during this particular and later periods.

This building is a low-set L-shaped Victorian style residence with hipped corrugated iron main roof and separate curved iron verandah roofs. A simple hipped roof annexe is attached to the rear corner, and the rear verandah is enclosed with louvres and chamfer boards. The house retains its brick chimney and original form, with minor alterations to suit its current kindergarten use.

as an example of a 1890s residence existing in the Taringa area.

as a notable local landmark associated with the pre-school education and as a centre which is intended to address the social welfare obligations of the area of the area.