Designed by noted Brisbane architectural firm Atkinson and Conrad, this combined residence and consulting rooms was constructed in 1927 for Dr Hedley Brown, who ran a general practice from the house for 27 years. The house is significant as an example of interwar development in Wavell Heights and as an example of Brisbane suburban Brisbane General Practitioners’ residence.

Dr. Hedley James Brown purchased this property in August 1926. At this time just over three roods and eight perches in size, the land had previously belonged to the Shield family who had gradually subdivided the land over a number of years. Historical title deeds show Dr. Brown was the final purchaser from this subdivision.

Architectural firm Atkinson and Conrad called for tenders for the construction of a "Brick and tile residence and consulting rooms" in the Architects’ and Builders’ Journal of Queensland. Tenders were due by 11 April, 1927. Stronach and Son of Commercial Road, Fortitude Valley, successfully tendered for the job (announced in the June issue of the Journal) and an application was submitted on 11 June 1927 to the Brisbane City Council for permission to erect the building.

The firm Atkinson and Conrad was formed from the architectural firm Atkinson and McLay around 1918, after McLay’s death. The firm subsequently had a number of partners, becoming at one time Atkinson, Powell and Conrad, and was regarded during the inter-war period as an "important and influential architectural firm." Important commissions included the Masonic Temple in Ann Street (circa 1930 – a competition winning design) and the Tristram’s Factory, now the West End Markets.

Previously located at Brisbane Hospital, Brown arrived to practice in Nundah at sometime around 1922, residing at nearby Eton Street. He presumably opened his surgery at 2 Rode Road sometime in late 1927 or early 1928 after Stronach and Son completed their works. By 1942 he was practising at his Rode Road surgery and at Wickham Terrace in Brisbane.

In 1931 Brown sold of part the property to the Presbyterian Church. The rest of the property was sold following his death in July 1950. In December 1964 the new owners transferred a portion of the property facing Sandgate Road to Esso Standard Oil of Australia where a petrol station now stands.

This site is an example of a Brisbane suburban General Practitioner’s combined residence and surgery constructed during the interwar period. This period was a notable developmental stage for Nundah, both in the growth of the population and the built environment.

as a doctor's surgery established in Wavell heights during the interwar years ' a time when there was significant development in the locale.

as an example of an interwar suburban Brisbane General Practitioners' residence and consulting rooms.

as a local Doctor's surgery attended by many local residents from Wavell Heights and Nundah during the 1930s and 1940s.

as an example of the domestic work of the prominent and influential interwar architectural firm of Atkinson and Conrad. 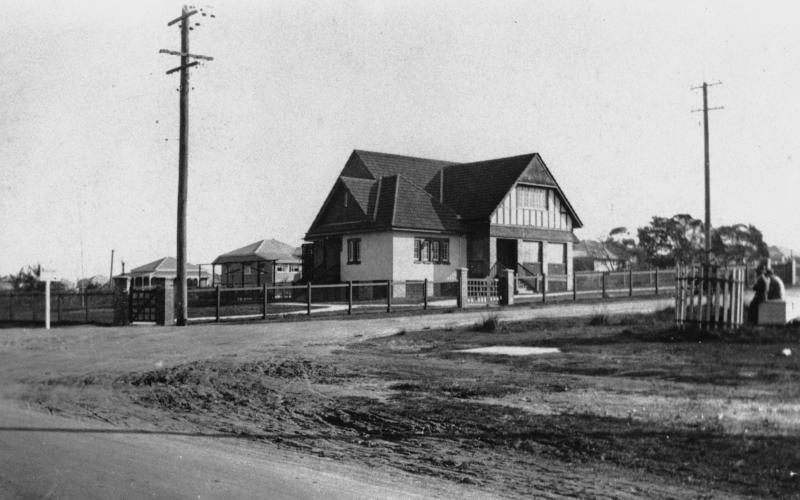