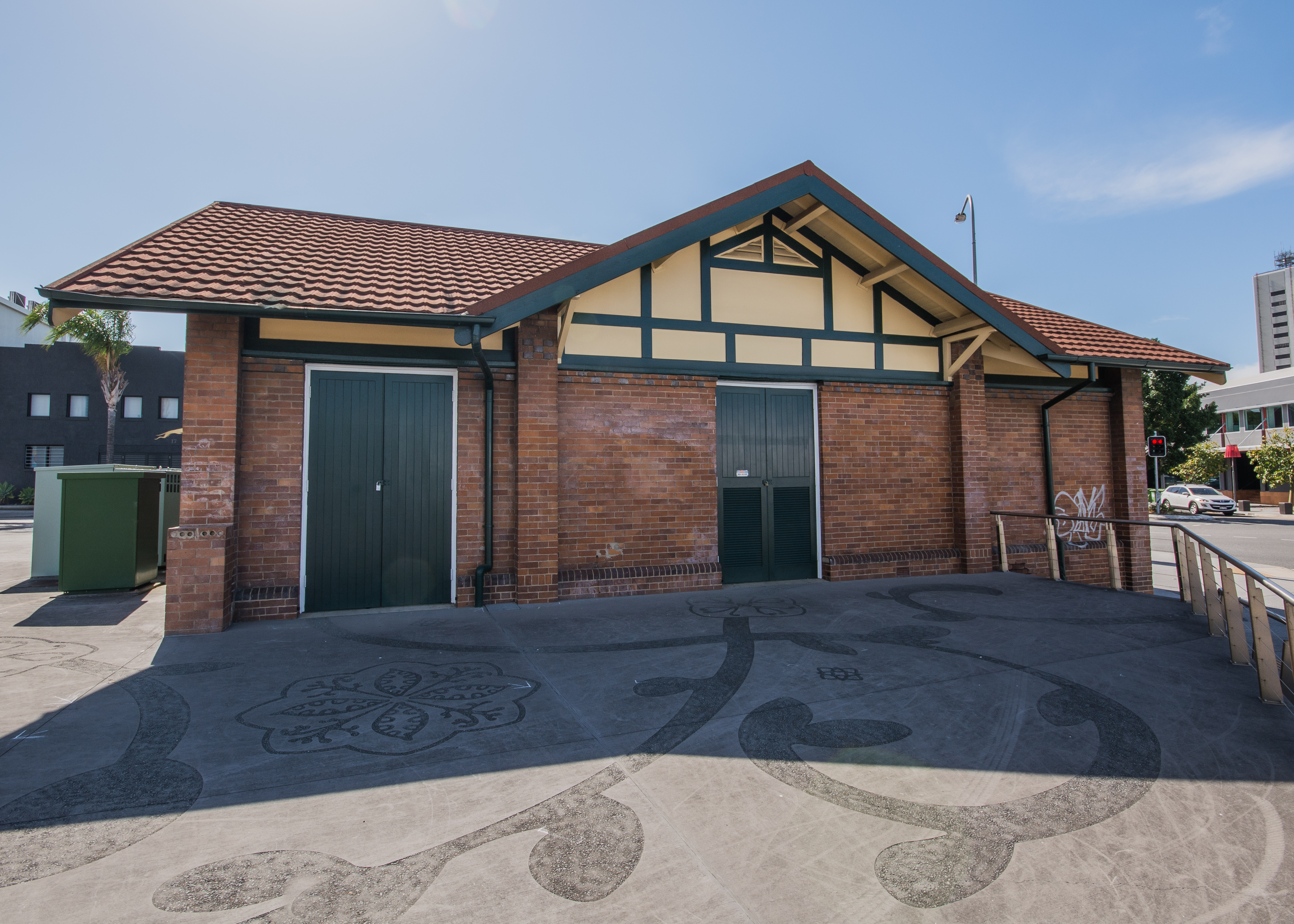 This former City Electric Light Company sub-station, located at the intersection of Logan Road and Jurgens Street demonstrates the expansion of the electricity production and supply industry in the early twentieth century. Constructed in 1918, and extended in 1928 the substation marks the consolidation and expansion of the City Electric Light Company’s operations in Brisbane.

The history of electricity supply and distribution in Brisbane began with the demonstration of electric street lights in 1882. In 1887 the Barton and White electricity company was formed and built a powerhouse in Edison Lane behind the General Post Office (GPO). By 1896 the company was in dire financial straits as a lack of capital and the depression of the 1890s made its operations unviable. Supporters of the company financed the formation of the Brisbane Electricity Supply Co. Ltd. (BES) in 1896.

That year the Queensland government introduced the Electric Light and Power Act to regulate the supply of electricity in the state. Brisbane Electricity Supply Co. Ltd. was granted the first Order in Council under the act to supply electricity exclusively to a small part of North Brisbane adjacent to the G.P.O. In 1899 a new Order extended the company’s area to the whole of the Brisbane Municipal Council from BES’ new power station in Ann Street. In 1904, as part of a plan to attract more capital, the company was re-formed as the City Electric Light Company (CEL). The company’s exclusive supply area was extended to Fortitude Valley in 1908. Demand grew and a new powerhouse in William Street was established in 1911.

The election of a radical state Labor government in 1915 created uncertainty about the future of business as Labor’s platform included the provision of basic services by state enterprises. In the short term private enterprises, such as CEL, were allowed to continue their operations. Protracted negotiations by CEL to supply electricity to South Brisbane were finalised in 1916 – including a clause incorporating the government’s right to take over the company at five year intervals. The company constructed a substation in South Brisbane to convert electricity generated in the William Street powerhouse and carried by cable via the Victoria Bridge.

Woolloongabba, which had grown steadily between the 1860s and 1880s, developed rapidly with the coming of the railway in 1884 and the extension of the tramway to the area in 1897. Woolloongabba became Brisbane’s fourth major shopping district after central Brisbane, Fortitude Valley and Stanley Street. Allotments facing Stanley Street, Logan Road, and Ipswich Road were fully developed as commercial sites by the turn of the twentieth century.

While some substations were established in the premises of commercial consumers, in July 1918 CEL purchased the small allotment on which this substation stands. Previously an offer had been made for a site in nearby Stanley Street which had been refused. A report to the Board of CEL stated that the 17.1 perch site in Logan Road adjoining the railway line had been inspected and it was considered ideal as it was level with the street and the Railways Dept was prepared for the adjoining line to be used for unloading. The site would also give CEL a depot near the Fiveways. The site was purchased and seven specifications issued for construction of the substation and four tenders were received. The cheapest tender by Haven and Christensen, who estimated costs at £629 and taking 5 weeks was accepted. By November 1918 a claim for an extra was considered by the Board and the manager given authority to handle the claim up to the amount of £13. Nearby land between the substation and rail line was leased as an area to unload poles.

The interwar years brought the first wave of electrical appliances and gadgets into the home. While the state government encouraged local authorities to establish their own power supply systems, most were content to purchase supply in bulk from CEL and establish their own distribution departments. From 1919 CEL signed ten-year agreements with eight metropolitan local authorities and signed a further five by 1925. By 1925 CEL supplied 12,054 consumers with electricity and in 1926 CEL built the Bulimba powerhouse. Substation No.5 in Logan Road Woolloongabba was one of the three main substations developed in association with this expansion.

With the amalgamation of local authorities to form ‘Greater Brisbane’ in 1925, the new Brisbane City Council became responsible for the supply of electricity to the enlarged city. An offer to buy CEL was rejected as inadequate and the Council built its own powerstation at New Farm which opened in 1928. New Farm power station supplied electricity for Council operations, the tramway system and some individual consumers, while CEL supplied industrial and commercial customers in the city centre and South Brisbane. The two entities competed for Orders to supply neighbouring areas with electricity. The provision of electricity by 21 private and 41 public suppliers prompted a Royal Commission into the Electricity Industry in 1937. As a result the State Electricity Commission was established to rationalise and control supply. In 1946, a joint investigation into the provision of electricity by the State Electricity Commission, Brisbane City Council and City Electric Light Company led to the construction of the Tennyson Powerstation and the doubling of CEL’s Bulimba plant.

In 1961 the state government determined that there should be one electricity authority for southeast Queensland. CEL was transformed into that authority the SEAQ which, in turn, became the South East Queensland Electricity Board (SEQEB). Title to 45 Logan Road was transferred to Brisbane City Council in 1964 before being transferred to SEQEB in 1978. The substation continued to be operated by SEQEB and then by the restructured authority Energex until recently decommissioned.

Constructed of brick with a tile roof, this substation mirrors the domestic architecture of the early twentieth century with roof gables on opposing faces of the building.

for the evidence it provides of the development of the area surrounding Woolloongabba and the electrification of Brisbane suburbs.

as an early substation developed by the first principal supplier of electricity to Brisbane, the City Electric Light Company Ltd.