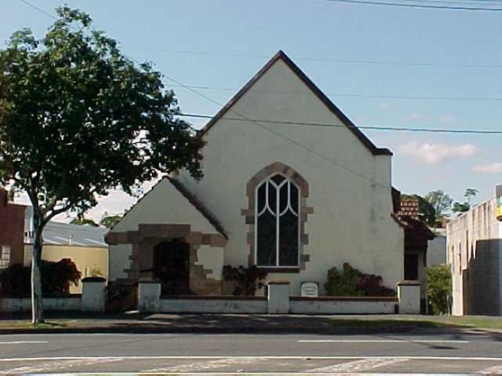 Designed by prominent Brisbane architect Eric Percival Trewern, this small, rendered brick and stone church was constructed in the 1930s for the local Christian spiritualist community. It is a rare example of a Christian Spiritualist Church and provides evidence of the diversity of Brisbane’s religious beliefs and practices.

Although not following the kinds of beliefs usually associated with churches, the Brisbane Christian Spiritual Alliance Church maintains a tradition of spiritualist convictions which developed in Australia from the mid 1800s.

While most early colonists, being of Anglo-Saxon or Irish descent, brought with them the Protestant and Catholic religions of Britain and Europe, others sought "a spiritual order free from the constraints of nineteenth-century Christianity, Protestantism in its evangelical and fundamentalist forms or Catholicism in its puritanical Jansenist form". Unfortunately for historians, spiritualist religions have seldom been historically minded and little is recorded of the development of spiritualist churches in Australia, much less Brisbane. Census figures however show that significant numbers of Australians belonged to spiritualist churches in the early twentieth century with numbers mostly declining as the century progressed.

Spiritualist Churches grew from the conviction that communication was possible with the spirits of the dead through a medium. From early rather orthodox Christian beliefs a range of views have developed and been given institutional expression. In 1988 there were some 60 formally organised congregations throughout Australia with indications that they contained possibly in excess of 5,000 members.

The Brisbane Christian Spiritual Alliance Church was formed in 1924 being registered under The Religious Education and Charitable Institution Act of 1861 after splitting from another spiritualist church. The group, under the leadership of George Coxon, first met in Buranda in a galvanised iron building. Mr Coxon served as leader until his ill health prompted the appointment of a new president, Matthew Sharp, in 1935. Following George Coxon's death in 1936, the movement could build their own church due to his generosity and that of his wife, Mary Coxon. Mr Coxon left £2000 and two blocks of land to the group in his will.

The small brick church was designed by the architect Mr Eric P. Trewern and constructed under the supervision of the Church Building Committee of Messrs Matthew Sharp, W.L. Trewern, J. Stead and G. Wagner with J. Sinclair and J. Yunker as Honorary Secretary and Treasurer respectively. Eric P. Trewern became well-known for his interwar domestic architecture in Brisbane and was the brother of W.L. Trewern, one of the trustees. The foundation stone of the church was laid on 9 April, 1938 on which occasion Mr W.L. Trewern and representatives of the Mein and Boundary Street Spiritual Churches spoke and Mr Sinclair gave the invocation prayer. The church was dedicated to the memory of George and Mary Coxon who had been pivotal members of the congregation since the foundation of the church.

President Matthew Sharp served from 1935 until 1945. He was succeeded by Mrs S. Steel who was president until 1961. During her term of office, the name of the group was changed to the 'Brisbane (Spiritual) Christian Alliance'. The work 'Christian' was added after a vote of the President and Committee members and congregation members at an annual meeting held on the 7 August, 1960. Miss L. Shilton became the President upon Mrs Steele's death and remained in that position until 1982. Mrs Dorothy Holgate (nee Radburn) became the new President and achieved the status of the Church's first Religious Celebrant in May, 1985.

This church is a modest brick and stone building sited between commercial activities on busy Logan Road.

The small church is rectangular in plan form with an attached entrance porch on the north western side. A single storey low set extension has been attached to the rear of the building.

The external walls are constructed of brick to which a coating of stucco render has been applied. Side walls are strengthened by straight buttresses which extend almost full height of walls and terminate at window head height with unrendered brick cappings laid to provide weathering.

The timber framed floor is supported on brick piers. Sub floor ventilation is provided by large rectangular openings in the side walls and centred between buttresses.

The roof is sheeted with terra cotta roof tiles falling to an eaves gutter. No eaves overhang is provided on side walls as the exposed rafters only slightly protrude beyond the wall line. The tiled gabled and half gabled roof at the rear section of the building does however provide an eaves overhang which is lined with tongue and groove boarding.

The walls to the timber framed skillion roof rear extension is sheeted externally with fibrous cement sheeting. The roof is sheeted with metal decking laid to a slight fall.

Tall narrow rectangular windows between buttresses are timber framed and consist of a hopper window and fixed panel over all glazed with opaque glass.

The unrendered brick sills provide a contrast to the adjacent rendered walls.

A plain glass circular window is located in the gable at the rear of the building.

Steps up to rear section are constructed with timber treads fixed to metal framing.

as a rare example of a Christian Spiritualist Church in Brisbane.

as an unusual example of a small, interwar, rendered brick and stone church.

for its connection to the local Christian Spiritualist Church community since the 1930s.

as an example of the work of prominent Brisbane architect Eric Percival Trewern, and as a memorial to George and Mary Coxon who were integral members of the church from its earliest beginnings.