This former Presbyterian Church was constructed in 1920 to accommodate increasing numbers of Presbyterians in the Wynnum area after the previous church was closed in 1918. The Wynnum church continued to hold services until the 1950s when it was converted for use as a church hall.

By the end of the nineteenth century, the Wynnum Manly district was becoming a popular seaside resort, particularly with the addition of the railway line to Cleveland in 1899. By 1898, the district had a population of around 200, and in 1902 Wynnum was declared a Shire Council. As the district gained increasing popularity, churches from the Anglican, Methodist, Catholic and Presbyterian denominations were established in the area to cater for the community’s spiritual needs.

For the next 32 years, the church provided a place of worship for the local Presbyterian community and the manse housed numerous ministers including Rev.’s Andrew Wilson, Ed. Norton, Roger Stone and George Logan. However, with the construction of the nearby St Andrews Presbyterian Church in 1951, the Wynnum church was closed and converted into a church hall for use by St Andrews parishioners. The manse remained intermittently in use until 2002 when Rev. George Logan moved out of residence.

The manse has since been used to house a student minister in training and has also been rented out, but has otherwise remained vacant. The church hall continues to play a role in the local Presbyterian community’s social events and religious education including children’s bible school.

This timber and tin church is characteristic of modest interwar suburban places of worship. The church features a central enclosed porch with stairs leading up to it as the main entry to the building, above which a wheel window and flying gable are prominent.

Although the church initially featured a decorative projecting gable, this has since been removed. A set of stairs on the right hand side leading up to the front porch have also been removed. The colour scheme of the church has also been altered and the corrugated iron roof was replaced in 1992. When the church was converted into a hall in the 1950s the internal church fittings were removed and replaced. Internally, the building has timber floors.

as evidence of Wynnum's development during the interwar period and that of the local Presbyterian church.

as a timber and tin interwar church situated prominently on Bay Terrace.

for its long and continued association with the local Presbyterian community. 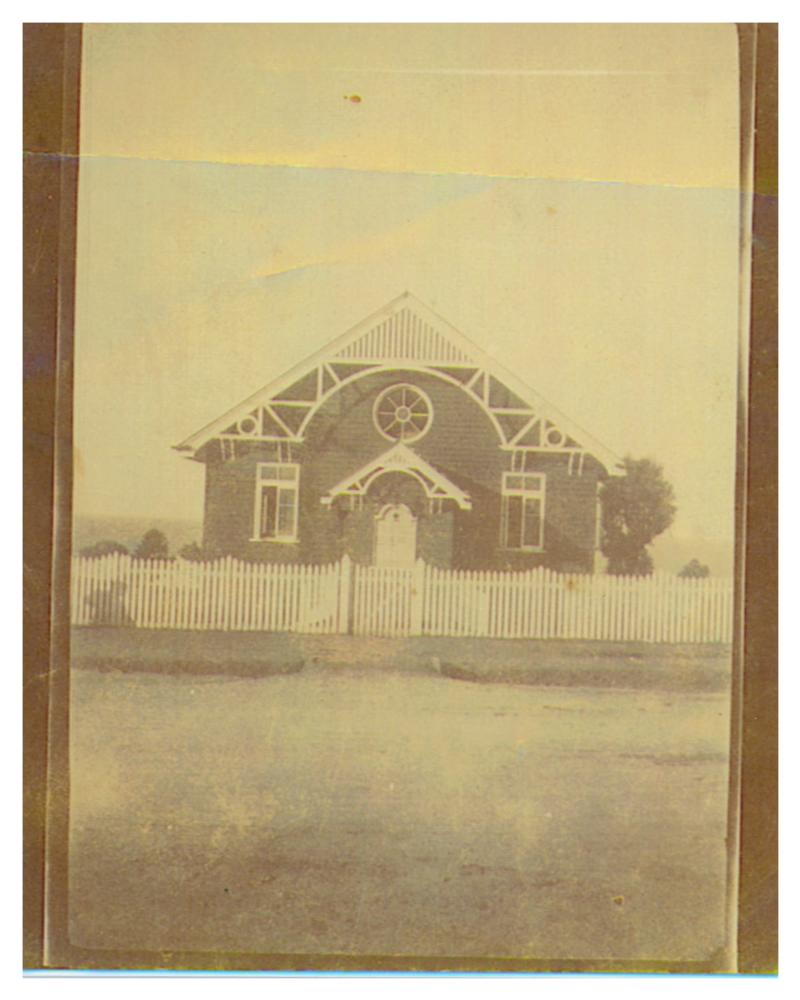 Presbyterian Church, Wynnum. This building on Bay Terrace, near the corner of Walnut St, was built in 1920 and was used until 1960 when the new brick building was built across the road (Source: Brisbane City Council, BCC-WYN-312).