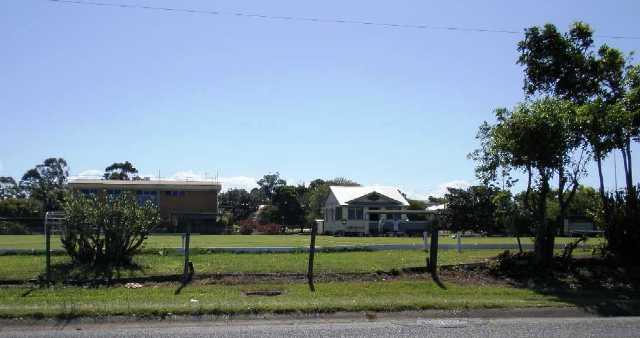 The area now known as Wynnum was surveyed by James Warner in 1859 and the first land auction took place in 1860. The Bayside suburbs of Wynnum and Manly were known as Oyster Point and Wyvernleigh and most of the initial settlement was concentrated in the Wynnum North region. The arrival of the railway in 1889 ensured that the area surged ahead and Wynnum developed as a popular seaside holiday location, with many guesthouses and camping sites.

In 1902 the Wynnum Shire Council was created becoming the Town of Wynnum in 1913 and was amalgamated in the Greater Brisbane Council in 1925. The area has gradually developed as a series of dormitory suburbs of Brisbane, with the local industries of fishing, boating and other activities associated with the Port of Brisbane. The district is conveniently linked to the city, and its cool sea breezes, bay views, and friendly “country town” atmosphere are highly valued by its residents and visitors.

The site now occupied by Kitchener Park was an un-named park until residents of Wynnum requested that it be called Kitchener Park in 1926. Named for Lord Kitchener, a renowned British field marshal and statesman, who reviewed troops from Fort Lytton at Wynnum during his tour of Australia and New Zealand in 1910. On 3 January 1910 at a position near the corner of Berrima Street and Tingal Road, Lord Kitchener, mounted on a borrowed horse, took the salute as 3,000 mounted and dismounted volunteers and regular troops marched past on their way back to Lytton Fort. Many of the Lighthorsemen in the march past had served under General Kitchener during the Boer War in South Africa. A memorial cairn near the site of the march past and Kitchener Park are the only Queensland public memorials of his tour of Australia.

In 1937 land adjoining Kitchener Park which had previously accommodated the Wynnum Sanitary site and pound yard was handed over to the Parks Department. The buildings were removed to the sanitary depot at Lota.

Horatio Herbert Kitchener (1850-1916), First Earl Kitchener of Khartoum, was a renowned British field marshal and statesman. During the First World War, Kitchener became the symbol of the British war effort when he appeared on a recruiting poster. The poster was a menacing picture of Kitchener with his distinctive walrus moustache and steely gaze pointing towards the viewer urging them to join the army. This powerful image brought over 1 million British men to Kitchener’s “New Armies”. Sadly, many of this second wave of young recruits were killed in gruesome battles, such as that of the Somme.

Commissioned in 1871 in the Royal Engineers of the British Imperial Forces, he soon applied for duty in Palestine, Cyprus and Egypt. He took part (1884-85) in the unsuccessful attempt to relieve Charles George Gordon at Khartoum. In 1896 as commander in chief of the Egyptian army he began the reconquest of Sudan. A series of victories culminated in the battle of Omdurman and the reoccupation of Khartoum. Because of this accomplishment, he acquired the nickname of “Kitchener of Khartoum” or “K of K” for short. He was made governor of Sudan in 1898.

In 1899 he was appointed chief of staff to Lord Roberts in the South African War. Enhancing his already fearsome reputation, Kitchener finally secured Boer submission in 1902 although much criticised for his use of concentration camps for civilians and his systematic denudation of the farm lands. In 1902, he was created viscount and sent to India as commander in chief of British forces. Kitchener was made field marshal in 1909, served as consul general in Egypt 1911-14 and made early in 1914.

At the outbreak of the First World War, Kitchener was recalled to England as secretary of state for war. Believing that the war would last a number of years, he planned and carried out a vast expansion of the army. Kitchener’s autocratic ways strained his relations with the cabinet and other colleagues. His role in the failed Gallipoli campaign and his support for continuing various operations in the face of bitter opposition led to his being eased from power. He offered to resign but his colleagues feared the effect of this on the British public, who held him in high esteem. In 1916 on a mission to Russia he was drowned when his ship, HMS Hampshire, hit a German mine and sank off the Orkney Islands.

The clubhouse and playing greens for Wynnum Croquet Club stand to the north of Kitchener Park facing onto Colina Street. The Club grounds are distinguished by perimeter plantings of hibiscus. The clubhouse is a small rectangular freestanding timber pavilion supported on low concrete stumps. The entrance is marked by a projecting gable within the roof. The two playing greens with associated skillion-roofed seat shelters clad with galvanised iron stand to the east. Two aluminium garden sheds stand to the northwest below the clubhouse. An early timber and wire fence stands to the Colina Street boundary.

The Wynnum Scout Group occupies an area of flat grassed land to the northwest of the Park between Bridge Street and the open drain. The Scout Hut is an amalgamated collection of buildings and extensions supported on timber and concrete stumps. Clad in timber weatherboards and fibre cement sheeting, two gable roofed rectangular buildings are joined and a skillion-roofed rectangular extension projects to the southeast. The Hut stands within a grassed surround with trees to the northwest and southwest.

The Wynnum Tennis Association clubhouse, tennis courts and associated seating and kiosks occupy an area south and west of the Croquet Club extending toward the middle of the Park. The clubhouse is a large two-storey brick and concrete building overlooking a complex of fenced tennis courts with synthetic surfaces and night lighting fixtures. The facilities of the Wynnum Manly Junior Rugby League Club occupy a large area of the Park south of the Wynnum Tennis Association and bounded by the open drain and West and Stradbroke Avenues. There are three football fields (two standard and one small), a large rectangular brick and concrete clubhouse, an early timber dressing shed pavilion, uncovered raked seating to the main field and various small sheltered seats scattered around the grounds. A masonry public toilet block stands onto West Avenue to the southeast of the playing fields.

The Wynnum Golf Club practice fairway occupies a rectangular paddock between Bridge Street and the open drain opposite the entrance to the Wynnum Golf Course on Stradbroke Avenue. This fenced open grassed paddock is distinguished by a line of trees to the Bridge Street side. A shady picnic and play area occupies a small triangular area to the corner of West and Stradbroke Avenues.

A brief inspection reveals that generally the Park is in a satisfactory condition but the Wynnum Scout Hut is vandalised by graffiti and the timber dressing shed on the Wynnum Manly Rugby League land is neglected and requires repairs and painting.

accommodating the Wynnum Croquet Club since the 1920s.

as a place of organised sport and informal recreation and associated with the Wynnum Croquet Club and Wynnum Scout Group.