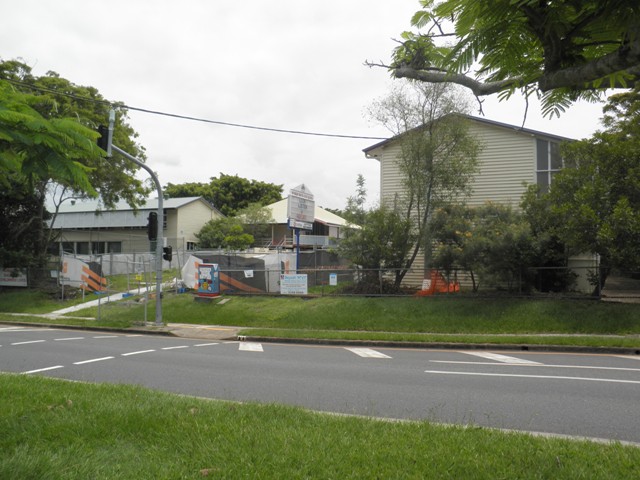 Wynnum North State School was established in 1911, the first buildings on the site being relocated from the defunct school at Lytton. In common with all schools the site has grown over time with more buildings added as student populations have grown. The buildings of heritage significance are A block (built in 1882 and moved to site from the former Lytton School), C block (1914), and part of G block (1928).

When Queensland was separated from New South Wales in 1859, the first Governor Sir George Bowen officially named Lytton near the mouth of the Brisbane River. A pilot station was built at Lytton in 1859 and a Customs Officer was appointed.

In 1880, the population of the township of Lytton and the surrounding district (which included the Wynnum District) had reached a level where the area could supply the number of pupils necessary to warrant the establishment of a school. In December 1881 a school reserve was surveyed and approval was given to proceed with the preparation of plans for school buildings.

The plans included a single roomed building 25 ft by 18 ft with front and rear verandahs 8 ft wide and a covered play shed. The school building was to be constructed of sawn timber with a slate roof. A residence was to be erected for occupation by the head teacher and his family. On 17 December 1881, approval was given to tenderers Hardy and Vowels, for the erection of the School and Residence for an amount of 587 pounds. On 15 September 1882 the new school was officially opened with a first day enrolment of 39 pupils.

When the railway was extended from Park Road to Cleveland in 1889 it by-passed Lytton and this was a major cause of the subsequent decline of the Lytton township. Many houses and shops were subsequently moved from Lytton to Wynnum to take advantage of proximity to the rail line.

Lytton’s fate as a township was sealed when in 1899, the Government repurchased all privately-owned land in the township and paid compensation to its remaining twenty-four land-holders. The area was then declared a defence zone and was taken over by the Commonwealth after Federation in 1901. By 1905, Lytton had virtually ceased to exist as a township.

In January 1911, permission was given for the play shed at the Lytton State School to be converted into a temporary classroom at Wynnum North. Once the former Lytton School building was re-located on its new site, it became the Wynnum North State Primary School. The original building, although considerably altered, still remains in use as A Block of the present school complex.

The transfer of the school from Lytton to Wynnum North was obviously to the district’s advantage, enrolments increasing 34 in 1909 (at Lytton) to 108 in 1911 at Wynnum North.

In 1914 C Block was added to meet the needs of the growing school population. C Block was originally an open-air annex. These were a school building experiment introduced into several Queensland schools during the period 1910 to 1920, with the approval of J D Story, then Under Secretary for Public Instruction. The design of these annexes revolved on the principle that the students should be exposed to the open air whenever weather conditions afforded the opportunity. The building was little more than an open framework, roofed and floored, with a railing and banisters around the outer perimeter. Only the rear wall was complete. Heavy canvas blinds were provided as protection against wind and rain.

An office for the head teacher was added to the annexe in 1924 and the structure was enclosed with casement windows. Three teachers with three classes were expected to teach in these areas. In 1930 this floor space was enclosed to make three separate classrooms with individual walls. By the 1980s C block had been reconverted into two classrooms and extensively renovated.

The first part of the present G block was added in 1928 and it has since served a number of uses including tuckshop and music room.

as it is an early school initially constructed at Lytton, subsequently relocated to Wynnum North and then expanded to meet the requirements of the growing population of the Wynnum district.

as C block is a school building that incorporated early twentieth century health and education philosophies.

as it has a longstanding connection with local residents; generations of whom received their education there.