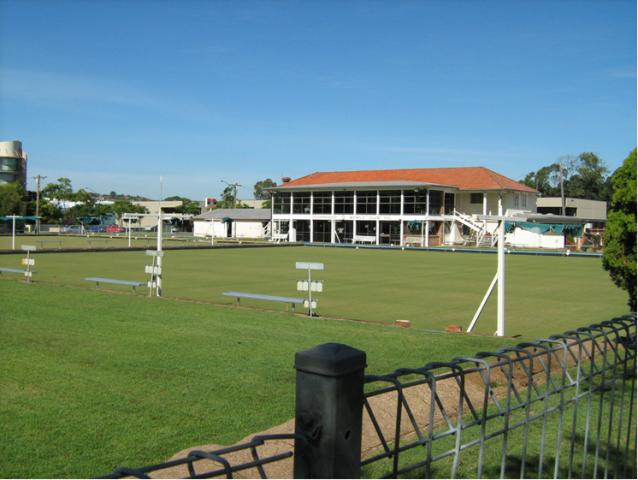 The initial idea for a bowls club in Coorparoo occurred prior to the First World War when Messrs. Smout and Mr. Smith began to form a committee for the creation of a bowls club. Due to the war this became less of a priority for the Coorparoo community. It was not until 1929 that the concept was once again adopted. The first meeting to discuss the possibility of establishing a bowls club in the area was held in September of that year at the Coorparoo School of Arts and was attended by several prominent Coorparoo residents, including W.L. Nicklin and Dr. Betchel. After several smaller meetings at Nicklin’s house in Shakespeare Street it was decided that a public meeting was necessary to officially form a club. This was held on the 28 October, 1929 at the School of Arts. From this meeting forty-nine members enrolled with ₤1015 being raised as subscriptions. Dr. Betchel was elected as the first club president.

With the revenue raised by community members the next step toward a bowls facility was the purchase of land. After negotiations with the Harries Estate owner, Mr. Harries, a portion of land totalling one acre and sixty-four perches was purchased at ₤810/7/0 on the corner of Harries and Riddings Street, Coorparoo.

In 1930 the construction of the first green occurred, measuring 125ft by 120ft, and this was surrounded by a newly constructed wire fence. In July 1930 the application for the construction of the clubhouse was approved. The design of the timber building was by Maurice James Guthrie, a respected Brisbane architect in the interwar period. If it were not for the generosity of Bill Nicklin the clubhouse may not have been built in so timely a fashion. Bill Nicklin was the son of Reuben Nicklin, a prominent early pioneer in Coorparoo, their family home was ‘Langland’s’, now part of Villanova College. Bill Nicklin, a successful timber merchant, played an important role in the Coorparoo community. An example of this was his advancement of funds for the construction of the clubhouse. By October 1930, at a total cost of ₤1455, the clubhouse was completed. The clubhouse was built by W. Ewart, a Coorparoo carpenter. In December 1930 the bowls club was officially opened by President of the Queensland Bowling Association, Mr. George Rees.

As membership numbers grew it became necessary to lay another green and by October 1931 this had been achieved.  Within the clubhouse two silky oak honour boards were erected to record the names of past presidents and singles champions. A third honour board was erected in 1938 recording the patrons of the club. The first names placed on this board were Hon. R. M. King and Mr. W. L. Nicklin. The flagstaff was also raised in 1938.  In 1940 the two one rink greens were constructed. In 1954 the various greens were named, with a naming ceremony being held on 30 October. The greens were named in honour of members Bill Nicklin, Joe Rees, John Watson and Jack Sibbald.

The front extension was built in 1977 at a cost of $50,000. The Coorparoo Bowls Club is an important sporting facility in the area and has been since its inception in the interwar period.

as an intact interwar bowls club that was founded by several prominent Coorparoo residents including W.L. Nicklin.

as a sporting facility built for and by the Coorparoo community during the Great Depression.