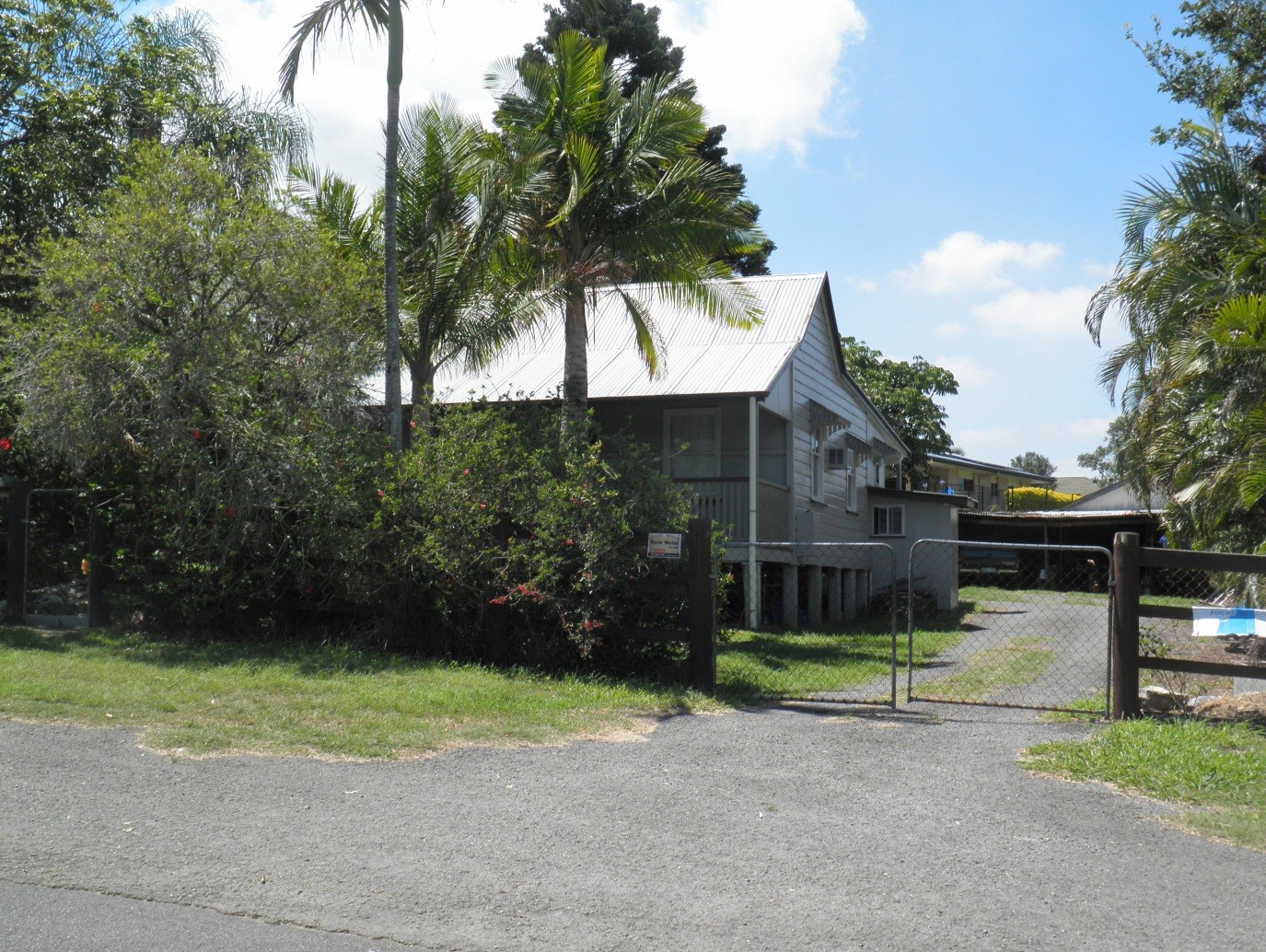 This modest timber and tin cottage was constructed around 1915-18 for Alfred and Violet Newing, local farmers. The transverse gabled cottage demonstrates Hemmant’s rural nature at the turn of the century and is a reminder of the suburb’s early history as a farming community. The property continued to be a farm well into the 1950s.

Although both Hemmant and Lytton are today defined by intense industrialisation, when first settled by Europeans in the mid-nineteenth century, the area became predominately farms. Its proximity to the Brisbane River and its mouth also helped to create the district’s distinctive character.

Farms were established throughout the area with fruit and vegetables transported by boat up the river into town. Improved roads into the area and the construction of a bridge in 1861-62 over Doughboy Creek (now Bulimba Creek) opened the area for further settlement and the small villages of Doughboy Creek (renamed Hemmant in the 1870s) and Lytton developed.

An important industry for the area began when William Gibson and his sons began to grow sugar cane. Others followed suit and a fairly successful sugar industry began to flourish in Hemmant. Gibson constructed a sugar mill in the vicinity named the ‘Clydesdale Sugar Mill’ in 1868. Several other mills were also established in the area at this time. Unfortunately, by the 1870s the sugar crops began to fail due to increasing drought conditions and disease and the industry ceased in Hemmant.

By the 1890s the village of Hemmant had also expanded and was home to twenty-six farmers, three dairymen, butcher, baker, grocer, postmaster, policeman, sail-maker, wool-classer, vigneron and an apiarist.

Until 1898 the property that is now 60 Gross Avenue had been part of Konrad Gross’ (Hemmant pioneer) thirty-two acre farm. In the late nineteenth century the land was subdivided into smaller lots and Joseph and Margaret Daubern purchased an eight acre lot. From this time until the early twentieth century, the land transferred to several owners, none of whom resided in Hemmant.

In 1908 William Tirrell purchased the property and is first listed in the Post Office Directories as residing in Hemmant in 1909. Exactly where Tirrell lived is not specified. In 1911 Tirrell sold the property to Alfred and Violet Newing and moved to another property on Lytton Road, Wynnum where he continued to farm. In the 1913 Electoral Rolls he was described as a market gardener.

The Newings are listed as farmers on Hemmant Hill from the 1913 Electoral Rolls and may have lived on the property from the time of purchase when a £230 mortgage was taken out. This cottage has been measured and carefully inspected and conforms to the description of the ‘On Our Selection’ model of a Brown & Broad “Newstead” pre-cut home. These homes were an early form of kit home where all materials for the construction of a house were included in the purchase price offered by Brown and Broad sawmillers and timber merchants.

“The building materials merchant Brown & Broad launched the "Newstead Homes" range of ready-to-erect timber homes in 1915, deploying the latest advancements in integrated supply chain, mechanised timber milling, inventory management and motor transport. Customers all over Queensland could select from one of the in-house developed designs and receive a rail or barge delivery of all the materials, fittings and finishes required to complete the job. The ready-to-erect products were not offered for Brisbane suburbs but many local houses were undoubtedly built to the same standard designs.”1

Newing sold almost half an acre of Thomas and Elizabeth Smith in 1918 but remained a farmer in 1919. By 1922, the Newings had moved out of Hemmant. Newing subdivided and sold almost 5.25 acres to Norman and Mary Johnson in 1925. The remainder of the farm containing this house and just over 3 acres was sold to Edwin Pigott in 1934. The 1920s and ‘thirties were a period of economic depression in Queensland which may have affected the Newings’ plans. Some evidence suggests that Edwin Pigott may have rented the farm on Hemmant Hill prior to purchase. The property passed through the hands of a number of owners in the second half of the twentieth century. The old cottage was retained on the property and was renovated after it was transferred to a new owner in 1995.

Over the years, much of Hemmant has been transformed into an industrial area. However, there are still pockets within the suburb that remain acreage and this early farmhouse sits within one. Further encroachment on this rural setting has occurred with new, large residential estates being constructed in the immediate area. The modest timber house is an important reminder of the early farming community in Hemmant.

This early farmhouse is a modest, low-set, timber framed cottage with a transverse gable roof, clad with corrugated metal sheeting. It has a front verandah and retains original doors and windows. The cottage stands facing Gross Avenue, close to the front boundary. It has been extended to the rear, with some interior rearrangements and a new kitchen added. The new portions are not of heritage significance.

as an early twentieth century timber farmhouse that is a remnant of the early farming community in Hemmant.

as a good example of a modest timber farmhouse constructed in the early twentieth century in a rural area that is increasingly encroached upon by industry and residential development.