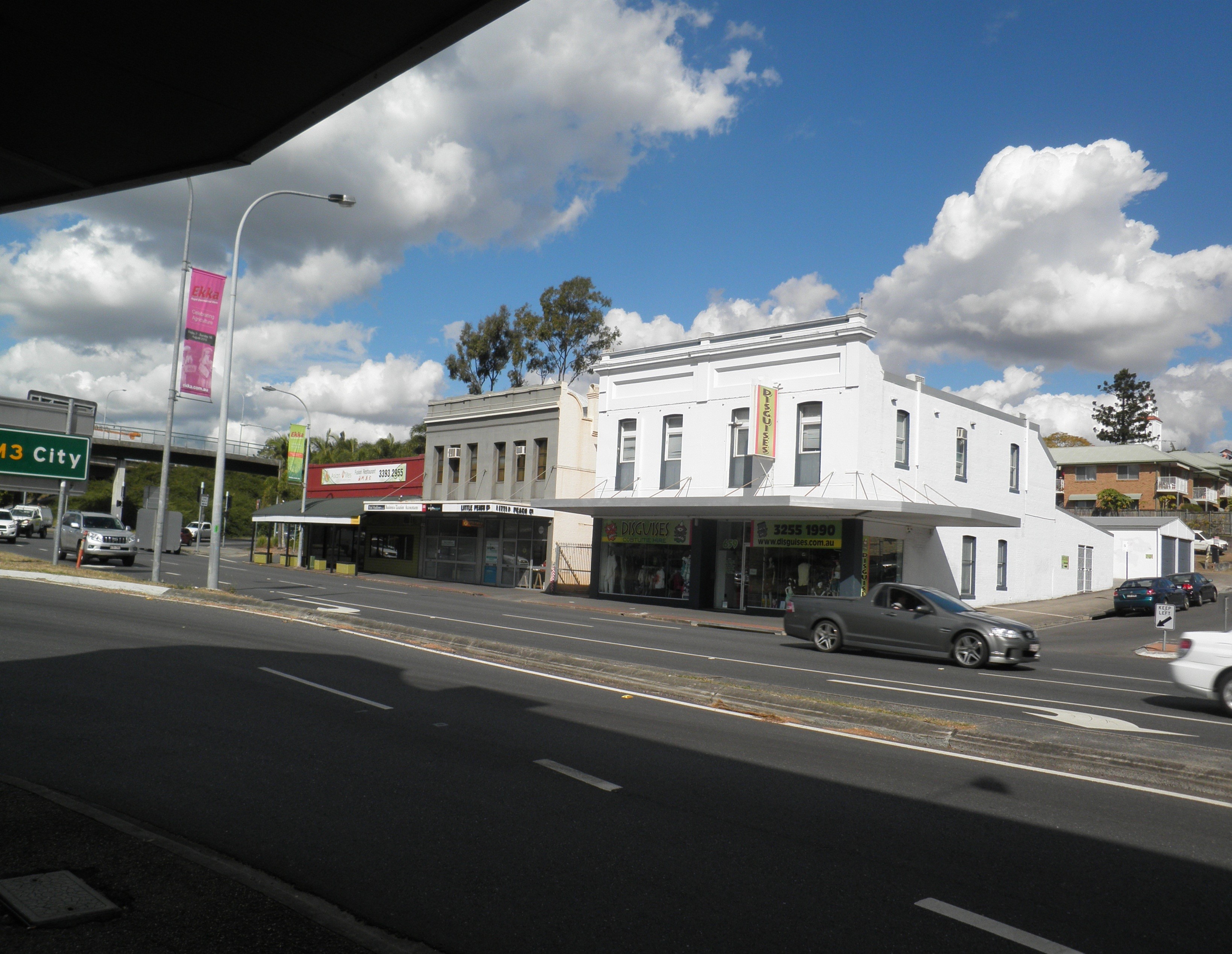 The two-storey, masonry building on the corner of Stanley Street and Merton Road was built between 1898 and 1900 as a set of two shops and upstairs dwelling. Constructed as an investment property for Brisbane merchant, Harry Clifford Love, the property was quickly sold to pawnbroker and jeweller, Thomas Langford-Ely in 1901 who established his business in one of the shops and leased the other to a succession of tenants. The set of shops are important as evidence of Stanley Street’s prominence as a retail and commercial centre in the late nineteenth and early twentieth centuries as well as making a contribution to the historic streetscape.

Stanley Street (or Stanley Quay as it was first known) was identified on Brisbane's first Town Plan in 1842.  By the 1860s the street had been subdivided and gradually small shops and timber hotels were constructed. The 1880s was a growth period for South Brisbane as Queensland experienced an economic boom. Thus Stanley Street developed into a major thoroughfare and retail centre, second only to Queen Street.

Commercial development flourished and Stanley Street became lined with the premises of grocers, ironmongers and bootmakers.  Recognising the commercial potential of Stanley Street, prominent retailers such as Allan & Stark and J & T Heaslop established businesses there.  The fire station and post and telegraph office were erected near the intersection of Stanley and Vulture Streets, making this region the civic centre of South Brisbane.  Stanley Street became inadequate for the increasing volume of traffic and in 1883 the street, between Vulture Street and Annerley Road was widened. Stanley Street, between Annerley Road and Merton Road, was widened by the Woolloongabba Divisional Board in 1886.

In 1864 James Henderson, a baker, purchased a twenty perch lot on the corner of Stanley Street and Merton Road, Woolloongabba, on which he built a house and bakery. Henderson ran his business until the late 1870s when the property was placed on the market and sold in 1882, “That Valuable Central and Corner Property … forming the corner of Stanley Street and Merton Road, and known as Henderson’s Bakery. The improvements are substantial, comprising a brick bakehouse and oven, dwelling house, shop, outbuildings … A flourishing business has been carried on for years”1.

From 1888, the property was owned by tea merchant, Harry Clifford Love, who had bought it as an investment. The bakery continued to be leased to a succession of tenants until the 1890s when the shop became a butcher. Between 1898 and 1901 a new two-storey, masonry, building was constructed and in 1901 the property was once again placed on the market. In an advertisement in the Brisbane Courier the improvements were highlighted, “Corner of Stanley Street and Merton Road, A Splendid Business Site … Subdivision 1 of Allotment 76, Parish of South Brisbane; 20 Perches, with frontages over 41ft., and over 129 ft. to Stanley Street and Merton Road respectively. The improvements consist of a two storied shop and dwelling”2.

By 1903, Langford-Ely was first recorded in the Post Office Directories on the corner of Stanley Street and Merton Road as a pawnbroker. The same year he was also entered on the Electoral Rolls at the address, both working and residing there. Langford-Ely ran his pawnbroking business from the shop until 1917 when he changed his business to a jeweller. This business continued until 1934 and the property remained in the Langford-Ely family until 1968. The second shop was consistently leased to a variety of tenants over the years.

The two-storey masonry shops provide evidence of the bustling commercial and retail activity along Stanley Street at the turn of the century. As an integral part of the historic streetscape, Langford-Ely’s Pawnbroker Shop helps to demonstrate this once important centre in Brisbane.

This is a two-storey masonry building on the corner of Stanley Street and Merton Road. It has a high parapet overlooking Stanley Street with a series of first-floor windows and a hung awning. Behind the parapet there are two attached hipped roofs clad in corrugated metal sheeting. On both sides of the building there are a series of original windows. The ground floor shop fronts have been altered.

as a two-storey masonry commercial building comprising retail on the ground floor and residences above, which illustrates the development of Stanley Street as a business and retail centre at the turn of the century.

as a turn of the century masonry commercial building comprising retail on the ground floor and residences above, which contributes to the Stanley Street historic streetscape.