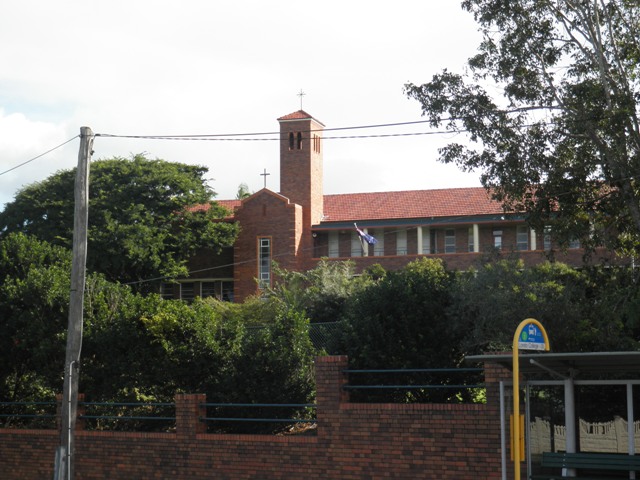 As the first Catholic boarding school in the first parish in Brisbane established by Archbishop James Duhig, and as the first location of the Loreto Order in Queensland, Loreto College is a place of significant cultural heritage. The areas within Loreto College that are considered to contribute to the heritage significance of the site are the Casket building (1931), the Administration building (1954) and the Gonzaga Barry Centre (1977). The other buildings on the property have not been identified as significantly contributing to the cultural heritage value of the site.

The identified heritage buildings at Loreto College, Coorparoo were constructed over a fifty year period and include the 1931 Casket building, the administration building constructed in 1954 and the Gonzaga Barry building erected in 1977.

Land sales in the Coorparoo area began in 1856, with development gradually spreading through the locality. The first school in the area had been established in 1876 and by 1888 the population had grown to 2000.  Residents tended to establish their homes along the main thoroughfares of Logan Road and Old Cleveland Rd, with wealthier members of the community building their homes on the hilltops, particularly the Cavendish Rd ridgeline. The 1893 floods inundated the area and caused land sales to slow and the locality remained semi-rural until 1915, when the extension of the tramline to Stones Corner helped the population expand.

The Catholic parish of Coorparoo and Ipswich Road was established in March 1913. It was the first parish to be created by Archbishop James Duhig who recognised the need for a Catholic Church in Brisbane's south-eastern district. The 1920s saw the expansion of Duhig’s plan to establish schools across Brisbane where “Christian brothers and sisters [could] train the children religiously and give them as good a secular education as they could get anywhere in the land”. With this in mind Duhig invited the Sisters of the Institute of the Blessed Virgin Mary, also known as the Loreto sisters, to establish a school in Brisbane. The Loreto order had been established in the southern states of Australia since 1875, but this was their first expansion north.

In 1927 Archbishop Duhig purchased 3 acres, 1 rood, 16 perches and 3/10 of a perch on Cavendish Road from Edward Deshon, including ‘Kemendine’, the former residence of the Deshon family. The building was converted into a convent and parish school and Loreto College was officially opened on 26 January 1928, with six pupils.  By the following year forty students were enrolled at the school. Though the focus of education was on their secondary school, a primary division took both female day students and boarders, as well as a few younger boys.  Like most Catholic boarding schools of the time, the accommodation for boarders consisted of not much more than a few rooms in the convent.

In 1929, Alice Cummins, a past pupil of the Loreto order, gave the sisters a casket ticket that happened to win £5000.  Hennesy, Hennesy & Co. architects were contracted to design a new school building with the proceeds.  Built by S.S. Carrick, construction began in 1930, and the Casket building was opened in 1931. The construction of the building consumed the majority of the casket ticket winnings, at a cost of £4750.

In 1942 the Australian Army commandeered Loreto Convent as a camp hospital and the Loreto sisters, with their students, were temporarily evacuated to Glen Innes until the end of the war.

The substantial administration wing facing Cavendish road was constructed in 1953 and was opened by Archbishop Duhig on the 23 May 1954.  During the 1960s properties adjacent to the school were purchased to accommodate the increasing number of students.

In 1976 the convent, which was the former ‘Kemendine’ residence, was demolished due to white ant infestation and a new two-storey religious education centre was erected in 1977.  Consisting of a small triangular chapel, a larger section containing classrooms and a chaplain’s flat, the religious education centre contains a stained glass window designed by artist Stephen Moor. The building was named in honour of a prominent sister of the Loreto order, Mary Gonzaga Barry.  The architect made use of wrought iron and timber from ‘Kemendine’ in the new construction. Cedar from the staircase of the old house was used to create the religious education centre’s altar, lectern, crucifix and chairs.

The 1931 Casket building is a modest sized building, constructed with brown-faced and painted cream brickwork, a common element of many buildings erected in the late 1920s and early 1930s. The medium pitch gabled roof, with its similarly gabled chimney, shows elements of the Inter-War Spanish Mission style of architecture often chosen in the Brisbane for its suitability to the warmer climate.  The plaster ornamentation evident in a 1930 photograph of the building is still present, as are the upper storey 12 pane sash windows. Whilst the original verandahs have been enclosed, the interior sash windows and ceilings have been retained.

The larger administration building was constructed in an asymmetrical style of undecorated face brickwork, in the Post-War Ecclesiastical style common following the end of the World War II.  The simplified Romanesque-style bellcote with a pyramidal roof continues this association, as do the vertically proportioned openings in the tower. The length of the building is flanked by upper and lower verandahs supported by columns, and sash windows are evident on the rear. Denticulation in the classical style is also visible under the roof cornice.  A series of blind arches on the rear wall can be seen under the denticulation, following the horizontal line of the tiled roof.

The religious education centre (Gonzaga Barry building), designed by architect John Deshon and constructed in 1977, has made use of wrought iron and timber from ‘Kemendine’, the original converted home of Edward Deshon. The centre consists of a chapel, a courtyard and a main rectangular area that can be divided into three rooms.  The chapel’s tabernacle is set in the apex of the triangular shaped building and contains a stained glass window designed and created by artist Stephen Moor. The cedar from the staircase of the old house was used to create the altar, lectern, crucifix and chairs and the cedar front doors from ‘Kemendine’ were incorporated within the building.

as one of the first Catholic schools established in the Coorparoo locality.

as the founding Catholic boarding school in the first parish in Brisbane established by Archbishop James Duhig, and as the first location of the Loreto Order in Queensland.