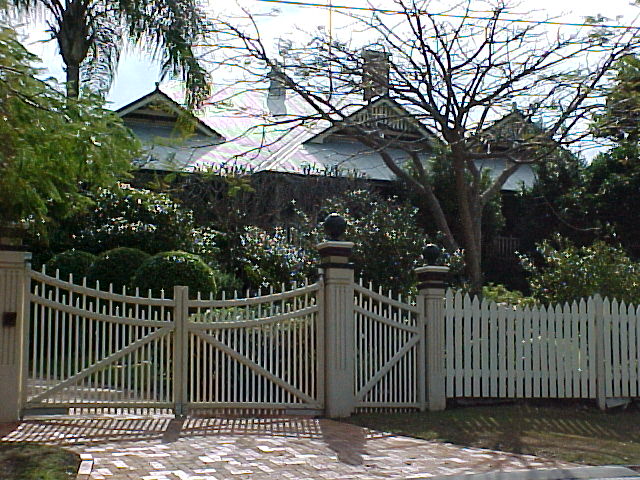 This substantial residence was built between 1900-1902 for politician and businessman Thomas Morrow who helped establish Morrow and Rankin’s (later Arnott’s) biscuit confectionary. At the time the house was constructed, Hamilton had established itself as one of Brisbane’s most prestigious residential suburbs and ‘Ruhamah’ positioned itself among many other fine houses already located in the area. The house, which has undergone some alterations since the 1990s, remained in the Morrow family until 1948.

Ruhamah was built circa 1900-1902 for Thomas Morrow, a Brisbane businessman whose biscuit and confectionary manufacturing firm became the famous Arnott’s Biscuits company.

Morrow was born in County Down, Ireland, on 23 June 1841 and immigrated to Queensland in 1863 aboard the ship Cairngorm. Soon after his arrival, Morrow began employment with Brabant & Co, a firm of merchants, where he remained for some 20 years. In 1884, Morrow and R.A. Rankin established a biscuit and confectionary manufacturing business, Morrow and Rankin. In 1900, Rankin retired and Morrow bought out his partner and established Morrows Ltd. In addition to his business interests, Morrow was involved in municipal politics, representing Taringa Division Board and Brisbane’s West Ward, was the Honourable Secretary of the Anti-Chinese League, took a keen interest in education and was a staunch supporter of the Presbyterian Church.

The land on which Morrow built his residence, Ruhamah, was comprised of several allotments which had had various owners since the mid 19th century when it was first sold by the Crown. This land was subdivided from the 1880s when parcels of land held by investors and some of the large estates of wealthy local residents were broken up for residential development, a trend which continued into the 1920s. Previous owners of Morrow’s land included William Hemmant, who built nearby Eldernell, (now Bishopsbourne) in 1869 on more than 11 acres of land and Minnie Markwell, the wife of Walter Markwell who also lived in Killara Avenue. In the late 19th and early 20th centuries, Killara Avenue was known as Eldernell Avenue.

Morrow purchased most of his land in Killara Avenue (over half an acre) in 1900, adding smaller adjoining lots to his holding over the next couple of years. Postal records for the period show Morrow residing in the street from 190?. At this time, the street was already occupied by Charles Bertram Lilley at Bayuda, on the corner with Windermere Road, Charles A. Clarke, an accountant, at Kynance, immediately to the south of the Lilley’s residence and Walter Markwell. Thomas Thomas Morrow’s three sons, William Alexander, Thomas E. and Henry C. Morrow, also resided in the family home. William A. Morrow succeeded his father as Managing Director of the family company, a position later taken up by his brother, Henry.

Thomas Morrow continued to live at Ruhama until his death in 1920. His death was followed closely by that of his son, William Alexander, and then his wife, Margaret in 1926. The property remained in the family until 1948 when it was sold to Franz and Brigid Hirschfield. It changed hands again in 1987 before being purchased by the present owners in 1990.

The current owners have made several changes to the house, including the demolition of the rear of the house and the garage (1990) due to white ant infestation. A tennis court, swimming pool and new building have been added to the property.

as evidence of the pattern of residential development in Hamilton in the early twentieth century when the area was being consolidated as an elite suburb of Brisbane.